‘Architecture is team work,’ said Sinan. ‘Apprenticeship is not.’
‘Why don’t you want us to look at each other’s drawings? ‘ Jahan once asked.
‘Because you’ll compare. If you think you are better than the others, you’ll be poisoned by hubris. If you think another’s better, poisoned by envy. Either way, it is poison.”

“To accept something on mere presumption and, likewise, to fail to investigate it may cover over, blind, and lead astray.”

“The seeker after truth is not one who studies the writings of the ancients and, following his natural disposition, puts his trust in them,” the first scientist wrote, “but rather the one who suspects his faith in them and questions what he gathers from them, the one who submits to argument and demonstration and not the sayings of human beings whose nature is fraught with all kinds of imperfection and deficiency. Thus the duty of the man who investigates the writings of scientists, if learning the truth is his goal, is to make himself an enemy of all that he reads, and, applying his mind to the core and margins of its content, attack it from every side. he should also suspect himself as he performs his critical examination of it, so that he may avoid falling into either prejudice or leniency.” 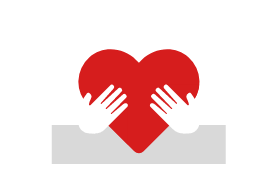